Cunomar ran after them, lighting each one. He hurled the burning end of his brand into the heart of the last. Straw and dry thorn blazed, belching greased smoke. He backed away, choking. Heat washed over him then, as if the need to succeed had kept him safe from the ravening power of the fire.

Freed from that, he felt the skin of his forearms blister where burning tallow had sprayed onto them. The king-band on his arm grew dull in the heat and burned him. Friendly hands caught his elbow and dragged him to shelter behind a short barrier of woven wicker palisades. Someone—Ulla, perhaps; she cared for him most closely—reached across to cover his head and shoulders with a cape of soaked rawhide, making sure not to touch the healing wound on the right side of his head where his ear had once been. Someone else passed him a scrap of wet wool and he pressed it over his mouth and nose.

He tried to make his breathing shallow and could not; the run and the heat and the fire had taken that from him. He breathed smoke and coughed again and was not the only one. His lungs ached. The bear grease about his torso and limbs became fluid in the heat. Battle marks in woad and white lime that spelled out his oath to the she-bear, to honour her in victory or die, smeared into meaningless swirls.

His hair stood up like a cock's comb, a hand's length of stiff, white lime. He flexed his shoulders, and felt the heat equally on the old bear scars, cut with love by the elder dreamers of the Caledonii, and the new ones scourged by Rome. None of them matched the savage, perpetual ache at the side of his head where a hawk-scout of the Cortani in Roman pay had hacked off his ear.

Far faster than he had imagined, the flames engulfed the wood of the fort, except at the gates, where the timber was steaming, but had not yet lit. Following standing orders, the men of the XXth legion on watch inside had doused the gates with water before dusk. Even here, in the occupied east of Britannia, where there was supposed to be peace, the legions still protected their watchtowers nightly against fire. Valerius had said they would do that, and that the men inside would be drunk because, orders not withstanding, the legionaries did not believe there was any risk of attack.

He had said, too, that, drunk or not, they would still charge from the gates in a wedge as soon as the alarm was sounded.

Sign up for $10 off of your first order + fashion snacks straight to your inbox.

Valerius knew too much and was too free with his opinions. On principle, Cunomar did not want him to be right. He was thinking exactly that when the gates slammed open and the legionaries charged out. They were formed in a wedge, with their shields to the outside and wet leather draped about their heads as protection against fire and iron. Cunomar's spear had already left his hand when the words he needed came to him. Aim below the shields. Two dozen greased, limed, howling bear-warriors threw down their wicker barriers and hurled their spears.

Most aimed as they had been told and if they did not all hit flesh and bone, they caught amongst the ankles of men who stumbled into the night dazzled and deafened and drunk but still viciously able to fight. Don't let them form a line! Cunomar was intoxicated by heat and smoke and the heady release of action, but still able to think.

He saw his second spear glance off the knee of the leading legionary. The man wore the helmet plumes of a junior officer but no leg greaves; there had been no time to fit them. Shocked, he looked up, drunk and sober at once. His eyes were black pits in a fire-red face. He was too young to be leading men alone. His eyes barely changed as another spear struck him. 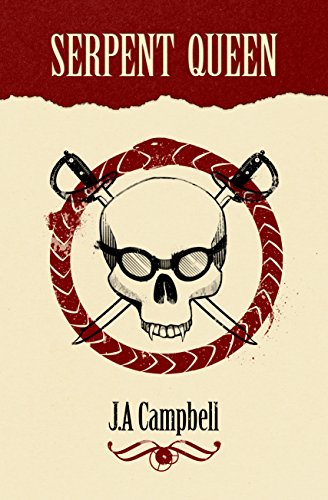 He collapsed onto one knee, using his shield to push himself upright, and opened his mouth and shouted "Hold the wedge! He was of the she-bear; he ran to battle unshielded and unarmoured, fighting only with spear and knife. Bear grease was his armour, his rigid, white-limed hair his helmet. The king-band that encircled his arm marked him as the son of the Boudica, child of the royal line of the Eceni.

His knife was a gift from his mother, made before the men of Rome had flogged her. He had made his first battle kills with it, in her company. As he had done then, he sought the song of the blade that he might bear a small part of the Boudica into battle. Screaming her name, he smashed the cheek of the Roman officer with the knife's hilt, then stabbed at his eyes.

The man's one good knee buckled. He crumpled to the bloody earth, too suddenly dead to cry out.


Exultant, Cunomar threw back his head and howled victory for the Boudica and the bear. If one of the enemy had struck him in that moment, he would have died. He knew it and did not care. He lived because the bear watched over him and was invincible. He shared a second kill with Ulla while there were still men alive to hunt and was sorry there were not more. Afterwards, it was quiet, but for the spit and tumble of the fire. Eight Roman legionaries and their officer had manned the watchtower, and all were dead.

Of the two dozen she-bears who had attacked it, only Scerros, a red-haired youth of the northern Eceni, had taken any wound and that a shallow sword thrust to the thigh which would heal by the month's turn. The enemy dead were stripped of their weapons and armour and their bodies fed to the fire. The flames reached up for the sky, bright as sun in the encroaching night. The heat was unbearable.

Cunomar walked back to the wicker palisades and began to stack them. From that distance, the fire was pleasantly warm, easing the transition to calm. Her kill had been first and cleanest, and she had visited the bodies of the slain afterwards, running her blade along each throat that the men might be assuredly dead before they were given to the fire. Such an act was a mark of her care, or her hate; probably both. She, too, had been flogged by Rome, with Scerros and three others.

These five made the tight, unyielding kernel of Cunomar's honour guard, and if Rome had had the choosing of them, still, he was glad of the choices. Nearly a month had passed since and they were recovered enough to move and to fight, but the scars would never go, nor the patina of otherness that set them apart even within the she-bear, which was already set apart from the greater mass of the Boudica's gathering war host. Ulla was dark-haired and bright-eyed and she killed as a hawk does, with a fluid, savage beauty.

She joined Cunomar in stacking the wicker barriers in a heap.


Just click the underlined title…. Stories posted on the internet are linked also marked with an underline. Miniature splash pages tell you that this story has been posted on our horror websites — click to read the whole stories. Things are getting messy in the art spotting department as well. Two of the three stories had been credited to the wrong artists, before we sent in the cleaners. Though at a fleeting glance it might have been. Anyway, we that is me and Jim Vadeboncoeur, Jr. We encountered this forgotten craftsman while studying all of the books by the Premier company.

But they have to fight off hordes of skeletal zombies coming after them to bring the dog where it belongs — in the province of the dead. Hard to believe, I know.

Forgot to mention in the last issue entry that this is the now second painted cover by Norman Saunders. These six Saunders covers are considered to rank among the most beautiful in all of pre-code horror history. SSFAW 2 is a rather run-of-the-mill horror book. He will do better. Posted and discussed it on my German website.

Look for yourself and shudder…. Leaving behind a triumphant Fate: Told you so!

Fate IS looking different, though…. Devils disguise as doctors in an insane asylum and feed on the souls of the unlucky patients. Is this some kind of personal vendetta? If YOU find something, please tell us! In both stories the protagonists are plagued by being able to see ghosts from the beyond — once through a camera, once through magic glasses.

That much for Fawcett writing efficiency. And another fantastic cover by Norman Saunders, one of the best pre-code horror titles ever.

A stylish zombie in attack mode! Showing you one fun panel, though. There are strong moments and feeble ones must so many comic book personnel die by running into speeding trucks?